November 9, 2022  By Agriculture and Agri-Food Canada 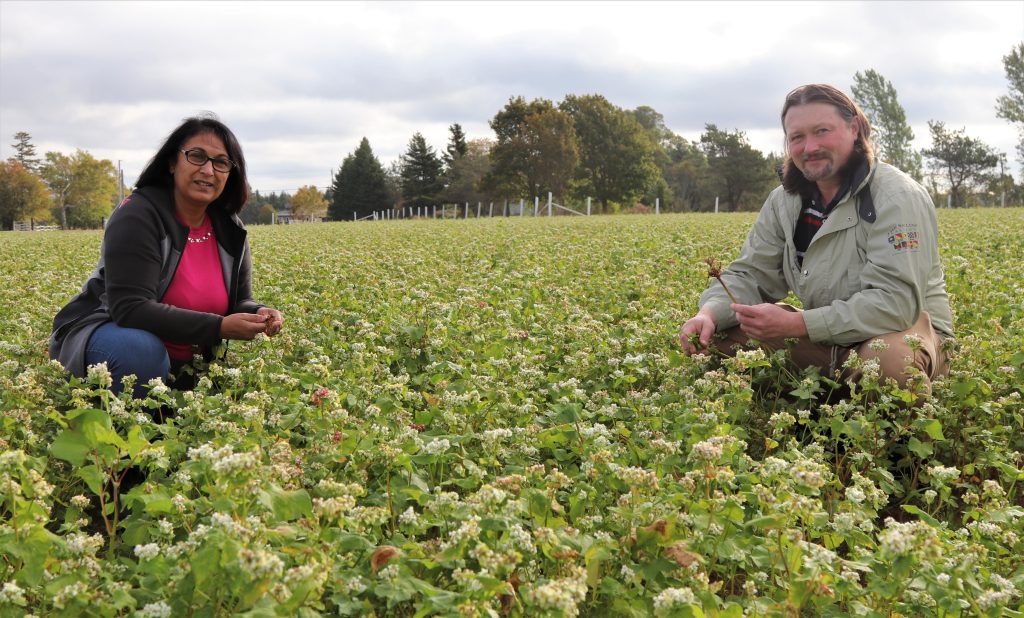 Agriculture and Agri-Food Canada (AAFC) researchers are encouraging farmers to buck the trend and use buckwheat as a triple threat crop. In addition to its high nutritional value, the fast-growing crop is proving to be beneficial in suppressing pests and preventing soil diseases.

Research by AAFC research scientists Christine Noronha and Jason McCallum on P.E.I. revealed that buckwheat is an effective bio-fumigant for wireworms, the larval stage of click beetles.

Since wireworms mainly inhabit soil, McCallum studied the chemical profile of buckwheat roots. He discovered a chemical – acyl sucrose – that is not commonly found in plants other than buckwheat and knotweed.

“I exposed wireworms to acyl sucrose, which caused hormonal imbalances, such as improper growth and poor mating habits.”

This research, combined with crop rotation trials, showed that buckwheat planted in the rotation one year prior to potatoes reduced the wireworm population and improved potato yield compared to the more commonly planted barley.

Additionally, AAFC research scientist Pervaiz Abbasi tested buckwheat’s effectiveness as a soil amendment in Nova Scotia. A soil amendment is anything added to soil, such as fertilizer, to improve its fertility, ability to absorb water or reduce soil diseases.

His team chopped fresh buckwheat plants into small pieces and added them to soil to test how well the soil performed when growing radishes and cucumbers in growth chambers at the Kentville Research and Development Centre.

“Buckwheat, when added to soil at least three weeks prior to planting, helps protect the radish and cucumber crops by suppressing diseases.”

“Buckwheat suppresses soil and root diseases by increasing the populations of beneficial soil bacteria and fungi, which act as a bio-control. These benefits continue even up to eight weeks after the soil is first amended,” Abbasi said.

Farmers are often looking for new and effective management strategies for pests and soil diseases. This research could help provide effective and sustainable options to suppress pests, and improve crop yield and soil health.