Fruit and Vegetable magazine celebrated the publication’s 75th anniversary with a special edition of the magazine. The pages of the December 2019 issue were filled with stories, photos and highlights to commemorate 75 years of bringing horticulture news, research and event coverage to Canada’s fruit and vegetable growers.

Here’s a snippet of the throwbacks included in the anniversary issue:

Below are two stories picked from previous issues of the magazine, and a little update on where we are now in 2020.

A page out of the Canadian FruitGrower magazine, March 1984.

But it wasn’t the volume of the sale that was important. It was the first time Canadian cherries cracked the Japanese market.

Ten years ago, similar efforts were made, but the Japanese refused entry for fear of allowing the codling moth, a dangerous pest of fruit trees in North America, into their country. The Japanese did, however agree that if Canada could guarantee codling moth-free shipments of fresh fruits, they would lift the import ban.

Agriculture Canada experts went to work, developing a fumigation process that would satisfy our customers. Following five years of testing, the Canadian process and its results were taken to Japan. The next year a Japanese official visited B.C. for a final review.

It was a success and today we are seeing the first trade results of research and inspection efforts – the opening of a new market for B.C. cherries.

2019 Update:
Cherries are now one of B.C.’s most diverse fruit and nut exports, and according to Trade and Invest B.C., and in 2017, the province’s cherries reached 29 markets, including Japan. Since 1984, trade with Japan has steadily increased. On Dec. 30, 2018, the Comprehensive and Progressive Agreement for Trans-Pacific Partnership (CPTPP) was ratified with Japan, among other countries, to boost trade between Canada and 10 other countries in the Asia-Pacific region. Through the CPTPP, Japan will remove an 8.5% tariff on fresh Canadian cherries over the next five years. Industry experts in B.C. say cherry exports to Japan could be worth up to $8 million annually – a big jump from where cherry growers were in 1984. 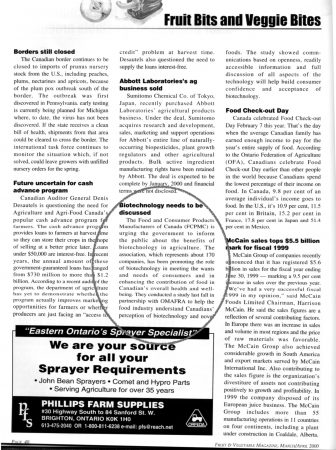 A page out of Fruit and Vegetable magazine’s March/April 2000 issue.

Biotechnology needs to be discussed

Fruit and Vegetable magazine, March/April 2000 – The Food and Consumer Products Manufacturers of Canada (FCPMC) is urging the government to inform the public about the benefits of biotechnology in agriculture. The association, which represents about 170 companies, has been promoting the role of biotechnology in meeting the wants and needs of consumers and in enhancing the contribution of food in Canada’s overall health and well-being.

They conducted a study last fall in partnership with OMAFRA to help the food industry understand Canadians’ perception of biotechnology and novel foods. The study showed communications based on openness, readily accessible information and full discussion of all aspects of the technology will help build consumer confidence and acceptance of biotechnology.

Biotechnology wades in murky waters for the public even in 2019, despite being a staple in agriculture for thousands of years. Biotechnology at its core speeds up the evolutionary process by manipulating DNA – the building blocks of life – to achieve certain goals, such as higher yields or more disease resilience. But what it is, or is not, isn’t a Canadian’s consumers main concern these days. A 2019 Impact Report by FCPMC shows that health is a top concern for many consumers, with Canadians gravitating toward less trans-fats, less sodium, and less processed foods in their diets. Other main concerns include the confusion around cannabis edibles and plastic waste in packaging.

A peek into the past

Dispersed throughout the anniversary issue were photos looking at fruit and vegetable production over the years.

John and Virginia Sutton, corn farmers in Oxford County, Ont., began growing elderberries on two acres on their farm east of Norwich in 1978. The couple used an honour system to collect money for their pick-your-own elderberries. Canadian FruitGrower, January 1982. 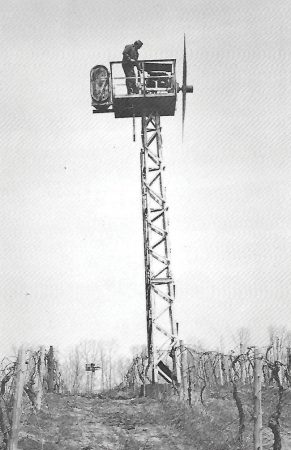 Hovering over his 50-acre vineyard in the Niagara region, Tom Davis mounted four propellers on 32-foot towers to circulate the air when spring frost threatens the budding grapes. Canadian FruitGrower, May 1972. 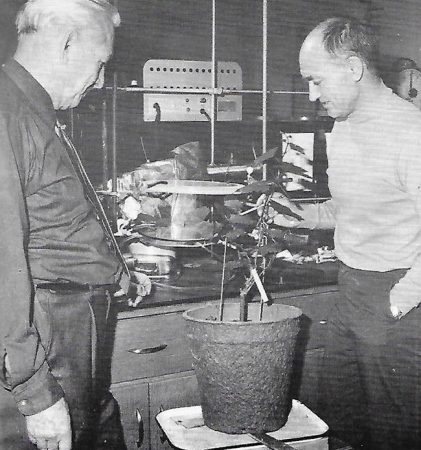 O.A. Brandt and John Wiebe examine a laboratory apparatus which measures light utilization, or the rate at which a grape vine is working to produce sugar under different light intensities. Canadian FruitGrower, February 1972. 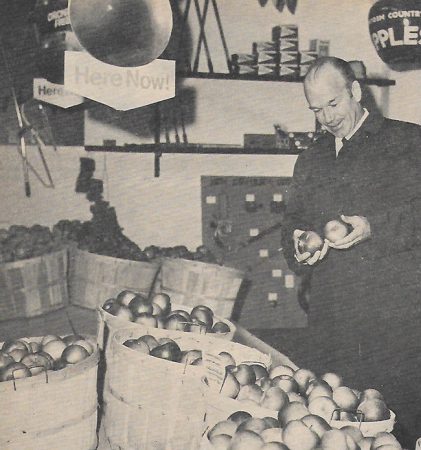 Keith Collver, general manager of the Norfolk Fruit Growers’ Association, looks at some of the apples which are kept on display at the controlled atmosphere and cold storage plant in Simcoe, Ont. Canadian FruitGrower, April 1969. 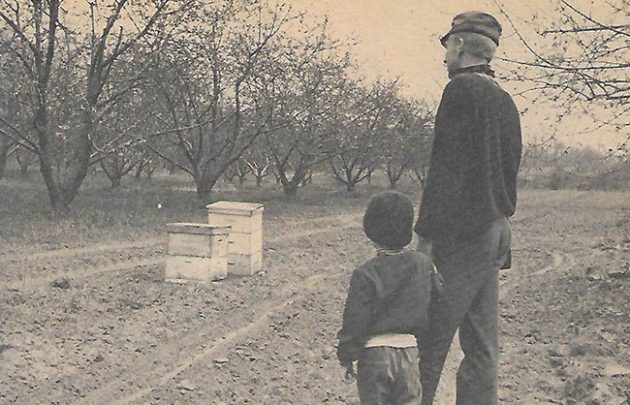 Robert Balthes, fruit grower from Port Burwell, Ont., checks the hives in his cherry orchard in the early months of 1969. Canadian FruitGrower, February 1969.