New products, new alliances and new ideas were all on the menu at the 2019 Canadian Produce Marketing Association Convention and Trade Show in Montreal. 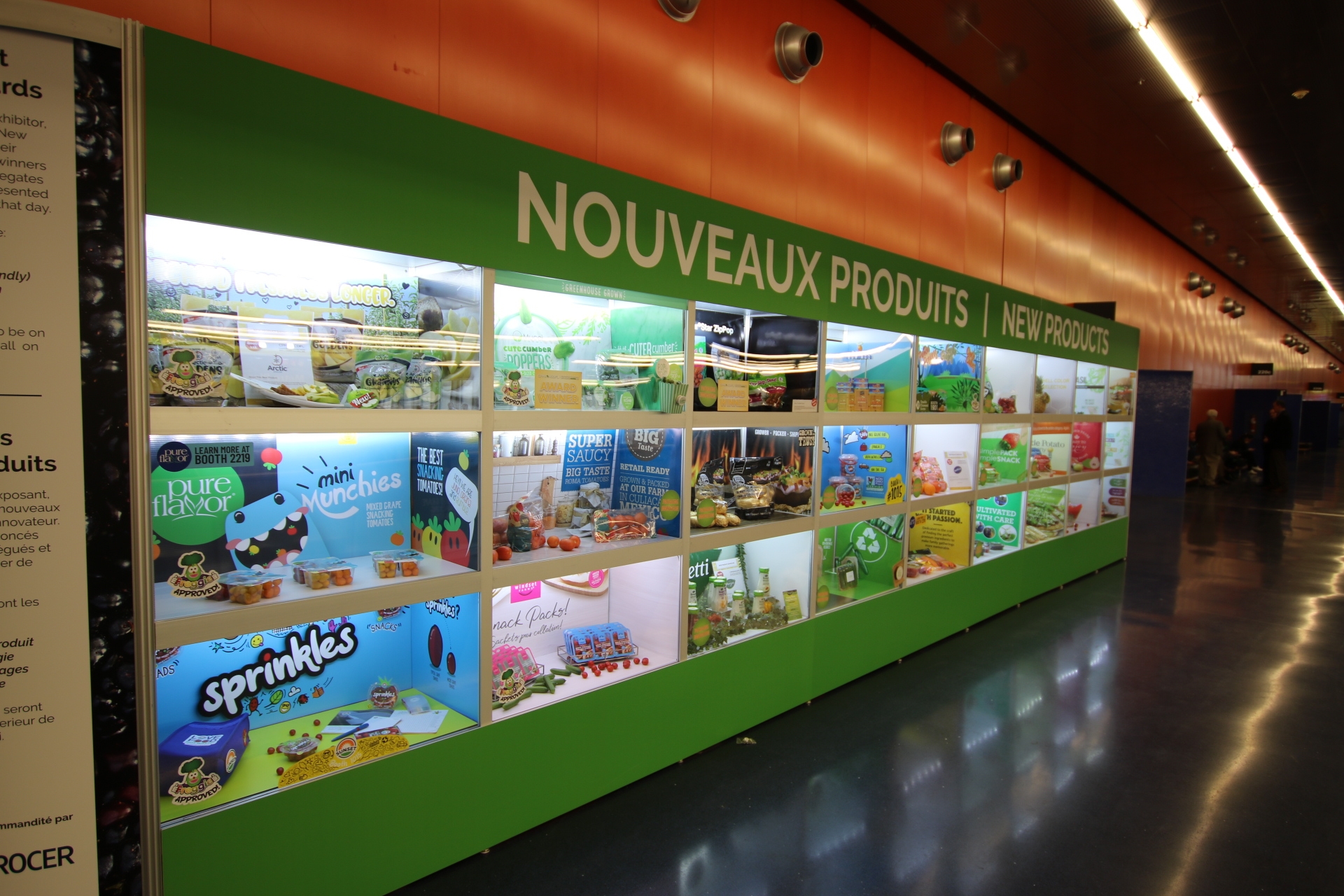 Surpassing the attendance and participation of all past Montreal shows, more than 300 companies exhibited on the trade show floor including 143 international exhibitors and 39 first time exhibitors.

The show’s new product showcase at the trade show entrance attracted a lot of attention from show visitors throughout the four days, including 54 products from 39 different companies.

“It’s fantastic” he says, “we’re very happy about that,” adding that recent campaigns to increase participation in the association also saw increasing membership numbers with every segment of its own 550-plus farm-to-table membership, comprised of growers, packagers, brokers, transporters and more. QPMA recently instituted an incentive program offering discounts on trade shows and networking events for existing members who refer companies. The growth has led to new ventures and partnerships, including those outside Quebec and one very noticeable alliance with Fruits from Chile and others.

With attendees and participants from as close as Montreal and Moncton, and as far as Kabul and Cairo, a real international flavour permeated the air. The Mexican pavilion attracted a lot of attention in the center of the trade show floor, with some two dozen companies exhibiting with a lot of interest in avocados.

Newer varieties of old favourites and new packaging for formats of everything from snack cucumbers to packaged butter herb potatoes took a big place on the floor. Leamington’s Highline Mushrooms garnered a lot of interest as it showcased it’s new 227-gram diced and washed white mushrooms package, proving popular for sauces, meatballs and burgers.

“It’s a convenience product for sure” says Highline’s Stephanie Myles, the mushroom and meat blend popular among show-goers attested to by consistent lineups of interested visitors at the sample counter.

Back at the Quebec Produce Marketing Association booth, Damy was talking about penetration of marketing programs like I love veggies, la Belle Province’s version of the Half Your Plate campaign.

While recent studies report Canadians eating fewer fruits and vegetables than 15 years ago, he says, “We find that in Quebec our numbers show us that 46 per cent are eating five-plus per day servings, compared to 40 elsewhere, so Quebec is already strong.”

Half Your Plate doesn’t translate well here he said, adding that marketing produce consumption is more effective in Quebec if you tell them to eat “one more… In other words, if you’re eating two portions of fruits or veggies, add a third. If you’re eating three, add a fourth, etc. It’s what we’ve found has worked through surveys and in response to our (bilingual) social media campaigns and from our membership which reports the result in terms of sales.”

In addition to the new products awards a host of awards were handed out throughout the show including:

The convention also featured a series of learning lounges with speakers from the trade and experts on interesting topics, including everything from blockchain to new markets.