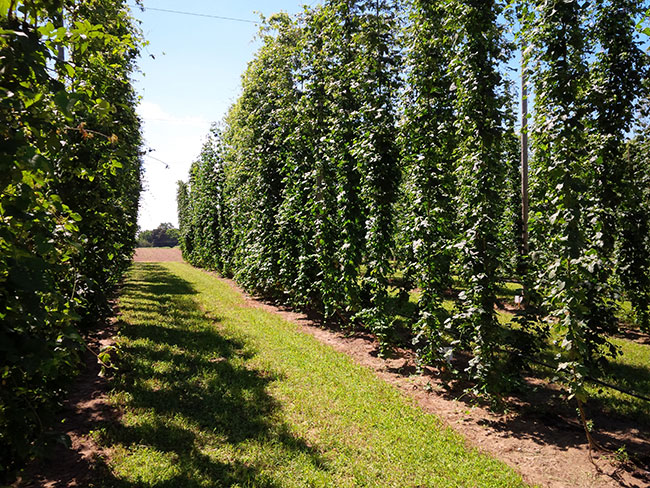 Different hop cultivars have distinct flavour and aroma profiles, so it’s best to establish a market before planting. Photos courtesy of OMAFRA.

After a period of rapid market growth, hops occupy a substantial niche in Ontario.

Ten years ago, there were at most seven growers growing 15 acres of hops in the province. As of 2019, there were more than 65 farming more than 225 acres, according to Evan Elford, new crop development specialist for the Ontario Ministry of Agriculture, Food and Rural Affairs (OMAFRA).

Shortages internationally, as well as a disastrous 2006 warehouse fire in Yakima, Wash., that destroyed a significant portion of the global hops supply, initially pushed the local industry to step up, he says. But after markets recovered from the shortfall, international acreage has increased to its highest levels since the mid-1990s. At the same time, the rise in craft breweries and demand for local beer has driven growth at home.

As a result, the local market has changed dramatically, Elford says. “It is a much different market now than even five years ago, with much higher acreage and volumes of hops available compared to when many Ontario growers started.” |READ MORE